The Value of a Dollar

Money impacts just about everything we do. It not only allows us to buy the basic necessities we need to live, but it also creates a sense of stability and security for ourselves and the overall economy. Yet, money is really just a piece of paper, so where does the value of a dollar bill come from?

The dollar of today has value because our society has agreed to give it value. But that wasn’t always the case. The currency that we know today as the US dollar emerged from a storied past.

The earliest attempt to use paper money began in 1690 when the Massachusetts Bay Colony issued paper notes to finance a military expedition into Canada. Other colonies soon followed, issuing their own version of paper money.

Historically, paper money was nothing more than a promise to pay at a later time. While these notes should have been backed by coins, or gold and silver, most weren’t. These notes lost value quickly and soon weren’t worth the paper that they were printed on.

The first national American currency, known as “continentals” were intended to finance the American Revolution in the 1770s. However, the rapid pace of printing eventually made these notes worthless.

While attempts to create a central bank followed, people feared the size and power of this new organization. Instead, state banks and unchartered banks began to issue their own notes. Yet, it was not until the National Banking Act of 1863 was passed, a uniform currency began to take shape. 50 years later, the Federal Reserve System was created to maintain the stability of the financial system through setting monetary policy and supervising banking institutions. People then became more willing to use the US dollar bill as currency.

As the US dollar became more widely used, the United States had to continue making changes to its monetary policy to create greater economic stability during both bad times, and good.

Why Does the Value of a Dollar Change?

The value of the US dollar continues to change—but why? Though there are a variety of reasons, it typically fluctuates based on economic activity, as well as changing consumer behaviors or current events. This can include anything from how consumers spend their money to how the US dollar compares to the value of other currencies around the world.

The value of the US dollar may change according to:

Simply put, inflation means your dollar can’t pay for as much today as it did yesterday. Essentially, the value of the dollar falls as the prices of goods and services increase. This can happen when demand exceeds supply, pushing up prices, and can also happen as production and raw materials costs increase.

Generally, the decrease in the purchasing power of the dollar can be offset by rising income. If $1 buys fewer goods and services, it also buys less labor. To make up for this declining value, median incomes would rise. But if wages don’t keep up with rising prices, people have less money to buy goods and services.

As the US has experienced periods of steady inflation, extreme inflation, and even deflation over the last century, consumers have seen the value of their money decrease and the cost of goods and services increase. We can clearly see this when looking at how much something was worth almost 100 years ago compared to today.

The Importance of Investing and Compounding

One way to protect yourself against the dollar's declining value is to invest your money. The return on your investment may be enough to offset any drop in value from inflation.

Choosing to invest or put your money in a high-yield account—like a money market account or Teachers Smart Checking account—that compounds interest to help you combat a declining dollar. Compounding builds interest not just on the money you deposit but also on the interest that you earn. This helps your balance grow, and over time, the interest on interest earned actually drives most of the growth in your balance.

The Value of the US Dollar: What’s In Store For the Future?

A drop in the value of the dollar may not seem like a big deal. But over time, it can lose considerable value. Using a 2% inflation rate—the Federal Open Market Committee's (FOMC's) inflation target—the value of the $1 today will be worth just $0.55 in today's terms by 2050. Investing your money now can help to protect your savings against declining value.

What is Smishing and How to Protect Yourself Against It

10 Questions to Ask a Mortgage Lender 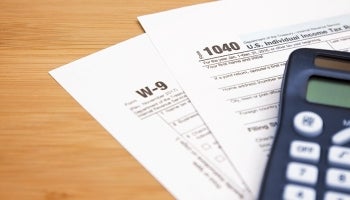 Three Smart Things to Do With Your Tax Refund