The Treasury Inspector General for Tax Administration (TIGTA) urged taxpayers to remain on “High Alert” and announced additional outreach efforts to prevent them from falling victim to criminals who impersonate Internal Revenue Service and Treasury employees this filing season.

“The phone fraud scam has become an epidemic, robbing taxpayers of millions of dollars of their money,” said J. Russell George, the Treasury Inspector General for Tax Administration. “We are making progress in our investigation of this scam, resulting in the successful prosecution of some individuals associated with it over the past year,” he said, adding that over the summer, a ringleader was sentenced to more than 14 years in federal prison. “However, this is still a matter of high investigative priority.”

TIGTA continues to receive reports of thousands of contacts every month in which individuals fraudulently claiming to be IRS officials make unsolicited calls and “robocalls” to taxpayers and demanding that they send them cash, he said.

“As the tax filing season begins, it is critical that all taxpayers continue to be wary of unsolicited telephone calls and e-mails from individuals claiming to be IRS and Treasury employees,” said the Inspector General. “This scam has proven to be the largest of its kind that we have ever seen. The callers are aggressive and relentless,” he said. “Once they have your attention, they will say anything to con you out of your hard-earned cash,” George added. “We will be very aggressive in pursuing those perpetrating this fraud,” the Inspector General said. “In the meantime, we need to do even more to warn taxpayers not to fall for it,” he added.

TIGTA’s expanded outreach initiative includes video Public Service Announcements in English and in Spanish that warn taxpayers about the scam. In addition, TIGTA is working with its partners in the public and private sector to help get the word out, both through traditional law enforcement channels and through direct outreach to associations, nongovernmental organizations, and the media.

TIGTA has received reports of roughly 896,000 contacts since October 2013 and has become aware of over 5,000 victims who have collectively paid over $26.5 million as a result of the scam, in which criminals make unsolicited calls to taxpayers fraudulently claiming to be IRS officials and demanding that they send them cash via prepaid debit cards, money orders or wire transfers from their banks.

“The number of people receiving these unsolicited calls from individuals who fraudulently claim to represent the IRS is growing at an alarming rate,” George said. “At all times, especially around the time of the tax filing season, we want to make sure that taxpayers are alerted to this scam so they are not harmed by these criminals,” he said, adding, “Do not become a victim.”

“This is a crime of opportunity, so the best thing you can do to protect yourself is to take away the opportunity,” the Inspector General added. “If someone unexpectedly calls claiming to be from the IRS and uses threatening language if you do not pay immediately, that is a sign that it is not the IRS calling, and your cue to hang up,” he said. “Again, do not engage with these callers. If they call you, hang up the telephone.”

Inspector General George noted that the scam has hit taxpayers in every State in the country. Callers claiming to be from the IRS tell intended victims they owe taxes and must pay using a pre-paid debit card, money order or a wire transfer. The scammers threaten those who refuse to pay with being charged for a criminal violation, a grand jury indictment, immediate arrest, deportation or loss of a business or driver’s license.

Here is what you need to know. The IRS generally first contacts people by mail – not by phone – about unpaid taxes and the IRS will not ask for payment using a prepaid debit card, a money order or wire a transfer. The IRS also will not ask for a credit card number over the phone. The callers who commit this fraud often:

If you get a call from someone claiming to be with the IRS asking for a payment, here’s what to do:

TIGTA encourages taxpayers to be alert to phone and e-mail scams that use the IRS name. The IRS will never request personal or financial information by e-mail, text, or any social media. You should forward scam e-mails to phishing@irs.gov. Do not open any attachments or click on any links in those e-mails.

Taxpayers should be aware that there are other unrelated scams (such as a lottery sweepstakes winner) and solicitations (such as debt relief) that fraudulently claim to be from the IRS.

An identity thief may use your Social Security number to get a tax refund or a job. Contact the IRS if they send you a notice saying their records show:

Find out how to uncover tax-related identity theft and what to do if you’re a victim using these Tax Related Identity Theft Resources. 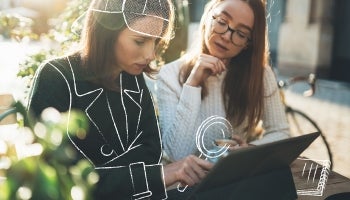