(Hauppauge, NY) – Teachers Federal Credit Union (TFCU), one of the largest credit unions in the United States, announced today that longtime President/CEO Robert G. Allen will be retiring on May 31, 2019. Mr. Allen has served as President/CEO of the credit union since 1988, nearly 31 years, and has been a leader in the credit union sector for over 48 years. He has led the credit union through extraordinary growth and success during his tenure. Today, TFCU has more than 325,000 members and a branch network with 31 locations that stretch from Riverhead, on the east end of Long Island, west to Manhattan in New York City. As of March 2019, the credit union has over $7 billion in total assets and more than 800 employees.

Mr. Allen is a respected Long Island, New York State and National credit union sector leader. He has chaired and been actively involved with a number of credit union organizations, including service on committees of the Credit Union National Association (CUNA). On the state and national level, he played an instrumental role in policy development, legislative initiatives and the protection and promotion of the mission of the credit union sector in the United States. Mr. Allen has served on the Federal Reserve Bank of New York Community Depository Institutions Advisory Counsel and has chaired the New York State Shared Branch Corporation (UsNet) as well as Empire Corporate FCU and the SUNY Old Westbury School of Business Advisory Board.

Since joining TFCU, Mr. Allen has overseen growth in assets from $250 million to over $7 billion; the expansion of the credit union’s branch network from 7 locations to 31 and the implementation of home and mobile banking. The credit union was recognized several times as one of the best managed in the nation. Most recently, S&P Global Market Intelligence ranked TFCU as #6 of the 50 top performing credit unions in the United States during 2018.

“The credit union sector has experienced a tremendous transformation over the time I have served as President/CEO of TFCU. There has been significant growth in credit union membership as well as consolidation accompanied by peaks and valleys in economic conditions. It is humbling to know that we have been able to manage these changes and strengthen our organization,” said Robert G. Allen, CEO/President TFCU. “Leading TFCU has been a rewarding experience for me and I respect and admire the people that I have worked closely with over the years. We have an exceptional executive team, managers and staff who work tirelessly to serve our members.”

“Over the years, we have faced many challenges and we have been presented with many opportunities,” he added. “Together we addressed the challenges of the Great Recession and rapid advancements in technology. We have leveraged opportunities for expansion. I leave TFCU in a strong position for continued growth. I would like to thank the board of directors, my executive team, our managers and every staff member of TFCU for giving me the opportunity to serve in a leadership role.

Prior to joining TFCU, Mr. Allen served as President and CEO of United Nations Federal Credit Union. Currently, he is a trustee of the State University of New York Old Westbury Foundation and a member of the Staller Center for the Arts Advisory Council (Stony Brook University). He is a past president of Advancement for Commerce, Industry & Technology (ACIT).

Mr. Allen earned a bachelor’s degree in finance from SUNY Old Westbury and an associate’s degree from Queensborough Community College.

Today, TFCU credit union membership extends to all 50 states. For more information about TFCU products and services, please or visit www.TeachersFCU.org or call (631) 698-7000. 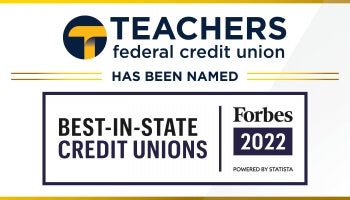 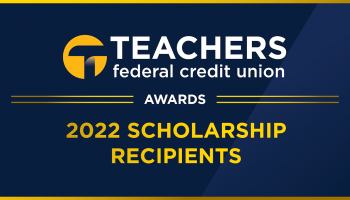 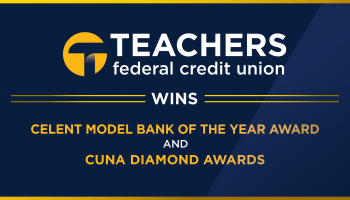